In today’s digital age, the value of a press release is very often forgotten.  We can speak to our global audiences at any point throughout the day by making a tweet, publishing a new Facebook message or adding something to a LinkedIn group.  As this is the case, a press release for a new launch (such as that of a product or service) can seem like an unnecessary investment of time and resources – but this couldn’t be further from the truth.

An effective press release can reach an audience that is going to be truly beneficial to your launch.  It’s going to be put in front of the eyes of journalists, editors and bloggers; people who are genuinely going to be interested in what you have to say and are very likely to contact you for more information around whatever it is you’re launching, so to be able to write a dedicated piece around it.

The problem is, because the value of a press release is often forgotten and it’s actually become particularly easy to publish a press release online, the people who you want to see yours see hundreds or thousands each and every day – and it’s for this reason why it’s absolutely vital you know what a perfect launch press release should look like, whether that’s because you’re writing it yourself or you’re looking to ensure the one you have paid to have produced really is as good as you expect it to be.

Imagine your press release was an apple.  It was sitting in a batch of other apples, all very similar on the outside, but inside, it was sweeter and more delicious than any of the others surrounding it.

Unless you had some understanding of this specific apple, you wouldn’t know it offered anything different to that of the dozens of others nearby – and that’s exactly the same situation journalists, editors and bloggers are in when it comes to press releases.

You could be launching one of the most revolutionary products in the world, but if you labelled your press release with a headline such as “Established Company Launches New Product”, it does absolutely nothing to catch the readers’ attention.  It offers no hook to get them to click through to read more.  It will simply leave the press release untouched and therefore your product launch less successful than it could be. 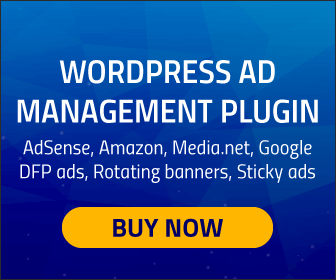 The first paragraph of any press release essentially needs to sum up your entire launch.  It needs to give information about your company, your product, why you’ve created it and what it is expected to do.

As explained, the people who you want reading your press release have to sift through a huge quantity of press releases on a daily basis and you don’t want to lose them if you’ve managed to get them to click through after reading your headline.  If people are clicking through, that means you’ve done a great job on the headline, but if people appear to be immediately leaving, it’s almost guaranteed to be because you’re not giving them enough information instantly.

People want to make quick decisions as to whether a press release is of interest to them and your first paragraph should therefore summarise everything yours is about.

A launch press release should inform the reader about your new product or service and how it can be of benefit to your audience, essentially elaborating further on your opening paragraph.

What you don’t want to do is get people reading your press release, telling them everything in your opening paragraph and then talking about something seemingly irrelevant in the content – such as only talking about your organisation’s general focus or how long it took to develop the product – if it is of no benefit to the reader.

You need to ensure the reader can leave the press release fully understanding what it is you’re now offering.  If it doesn’t, you need to review it, else you’re missing the basic principle of a launch press release.

…but which doesn’t give too much detail

Although a press release should ensure the reader knows exactly what you’re launching, it shouldn’t be packed full of extensive details for two clear reasons.

The first is that a press release should be relatively short, particularly in today’s environment.  It needs to be concise and filled with enough information that it keeps readers interested, but not too much that it takes a good few minutes to read through it, even if you’re just skimming.

The second is that when you give the reader too much information, you stop them needing to find out more.  In one sense, this is great, as it means they can produce their own piece without any input from yourself.  In another, however, it means that not only do you not have that opportunity to build up a relationship with a journalist, blogger or editor, but it could potentially allow for misinterpretation of what you’re saying.  This could be completely unintentional, but if someone writes something about your company or new product in slightly the wrong way – because they didn’t feel the need to clarify something with you first – it could prove to have a negative impact upon your small business.

Clear calls to action to end

When you’re writing other types of business content, such as an e-mail or a blog post, you generally finish by summarising what you’ve been talking about and providing a few calls to action, often quite subtly.
As you essentially summarised your press release in the opening paragraph, however, you should finish with some obvious and clear calls to action, providing the reader with a variety of contact details so they are able to get in touch with you on a variety of channels.

A press release can prove to be just what your small business needs upon the launch of something new and with the right approach, you can be confident that it really is having the most positive impact it can have.